The lab’s research focuses on human learning, specifically in the perceptual, motor, and cognitive domains.  The topics of interest can be loosely broken down into three broad themes – transfer of learning, rate of learning, and depth of learning. 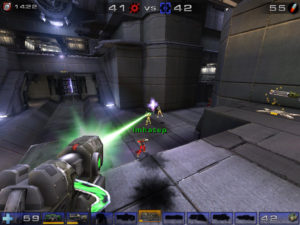 Given appropriate training conditions (e.g. sufficient time on task, proper spacing of training sessions, feedback, etc) humans will tend to improve on virtually any perceptual and/or cognitive task.  One critical question though is under what training conditions do you only get better at the trained task (for example, if you do a lot of Sudoku, you may really only get better at Sudoku – not other types of reasoning tasks) and under what conditions do you see generalization from the trained task to a new task (for example, if you learn to drive in a car, you’ll likely be better at driving a pickup truck than you would have been without any driving experience at all)?  To explore what training conditions foster transfer of learning, we use a number of paradigms and techniques including:

We, and now many others across the world, have shown that playing first person point of view action video games affects several aspects of perception, attention, and cognition. The skills found to be enhanced by action video game training, so far include low-level vision (enhanced contrast sensitivity function), various aspects of attention (ability to monitor several objects at once, to search through a cluttered scene, to detect an event of interest in fast-forwarding video), more complex task constructs (multi-tasking, task-switching) and, finally, a general speeding of perceptual processing. This work illustrates how skilled performance in a variety of processing domains can be enhanced by a single training regimen. Practical implications of this finding, such as vocational training (e.g., for laparoscopic surgeons) or clinical rehabilitation are being investigated.

Importantly, not all video games have these effects; for the skills studies so far, action games lead to greater benefits than other entertainment games. By studying the impact of various types of video games on brain function, we aim to determine which aspects of performance can be altered by experience and to characterize the factors that favor the transfer of learning. Behavioral investigations are combined with brain imaging techniques to allow a more direct characterization of the brain systems that are modified by video game playing. 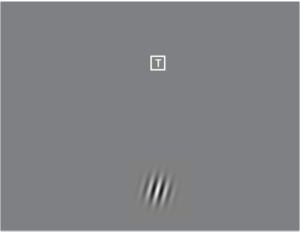 One of the most widely replicated findings in the field of perceptual learning is specificity of low-level perceptual learning. As an example, subjects trained to discriminate between two possible motion directions (+/- 3 degrees from straight up) show clear improvements in performance across time. However, no benefit of training is noted when the same task is performed around a different direction (+/- 3 degrees from straight down). Similar specificity has been observed for low-level features such as orientation, retinal location, contrast, and spatial frequency.

One hypothesis we are interested in testing is that this specificity is a natural consequence of the training tasks, rather than a general property of the perceptual system. In essence, most studies that have demonstrated specificity of learning have done so in tasks that can be solved via specific means (typically a linear discriminant is sufficient). The goal then is to design tasks that have no such specific solutions, but instead must be solved by learning something more task/stimulus general.

There are large inter-individual differences in the rate with which new perceptual, motor, and cognitive tasks are learned as well as large differences in the rates of learning produced by various training paradigms. The key questions are thus: 1) what traits/characteristics – either of the individual or the task – will allow us to best predict the rate with which an individual will learn a new task and 2) how can we manipulate either the individual or the task to alter the rate of learning (typically to increase the rate of learning)? 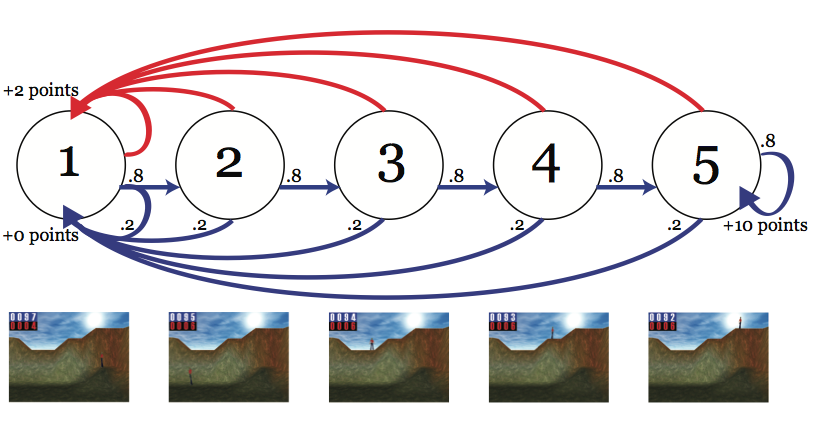 In laboratory studies of learning, participants are usually given a specific task to practice for a particular period of time. They have no choice in what task to practice or for how long they will practice. In the real-world though, these are both decisions that have to be made by a learner. Is it worth investing my time and resources in an attempt to improve performance on this task in the first place? If I have started practicing, is it worth continuing? Making such decisions rationally requires that the participant estimate not only their current level of skill and the value of performing the task given that level of skill, but also to estimate the rate with which their skills are likely to improve with practice time and the value of performing the task given their potentially improved performance. We’re thus interested in what information humans use when deciding to engage in learning as well as what information humans use when deciding to cease learning. This problem maps nearly directly onto the classic questions of “exploration” versus “exploitation” in the domain of reinforcement learning and thus in asking questions in this area we utilize a mixture of techniques at tasks from computer science and behavioral science.